How to Configure Inter-VLAN Routing or Route On a Stick Using Cisco Packet Tracer and Communication between different VLAN's in a network with layer 2 switches and trunk configuration. 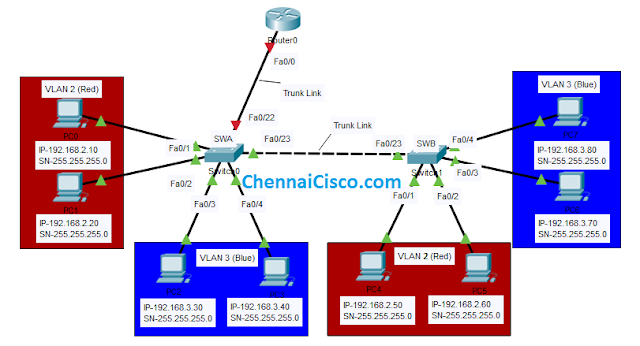 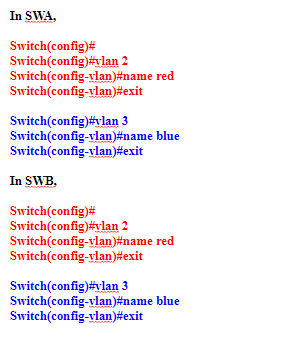 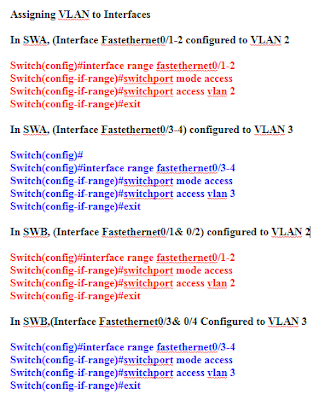 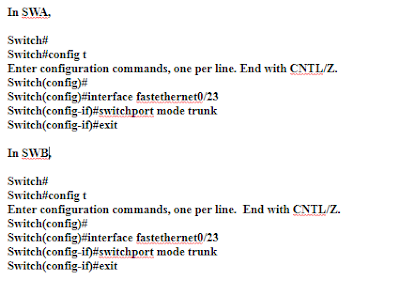 Before Inter-VLAN Routing configuration,I am going to check by pinging host in different VLAN with above configuraiton only.We see how it works, 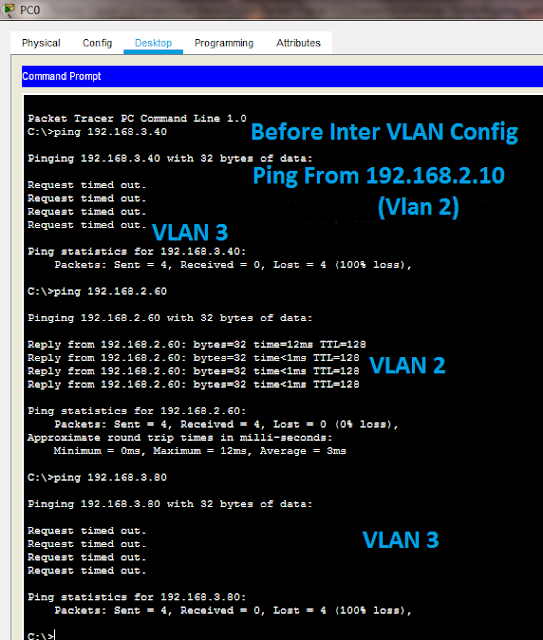 Above results shows that, Only host in same VLAN communicates successfully,Here, Source is 192.168.2.10 belongs to VLAN 2.we got reply from host that is in VLAN 2 only.

Here, Router is connected to a switch SWA to attain Inter-VLAN Routing.For that, we have to configure the link connecting router and switch as trunk link.so,the packets from different VLAN can be forwaded through this link.Then, we have to create sub interfaces in a router for each network and configure subinterfaces with IP address, that is going to be act as default gateway for each network.

Configuring Link Fastethernet0/22 of SWA Fasthernet0/0 of Router as Trunk. 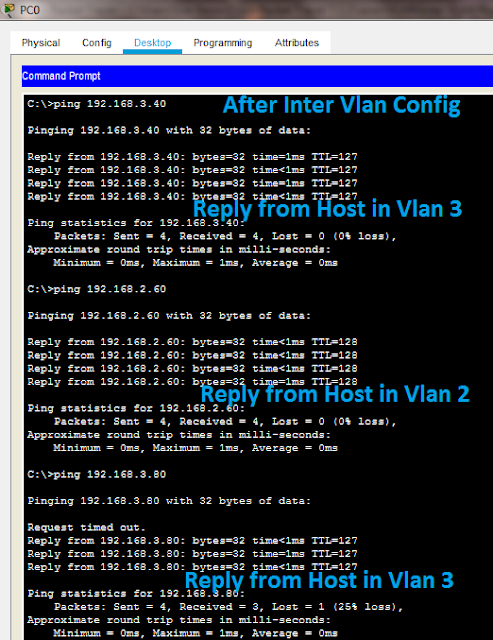 All host communicated sucessfully after Inter-vlan configuration,network administrator can manually give an access to user from one vlan to another vlan or restrict the user based on our requirements.Here, different vlan communicates with help of layer 3 router. 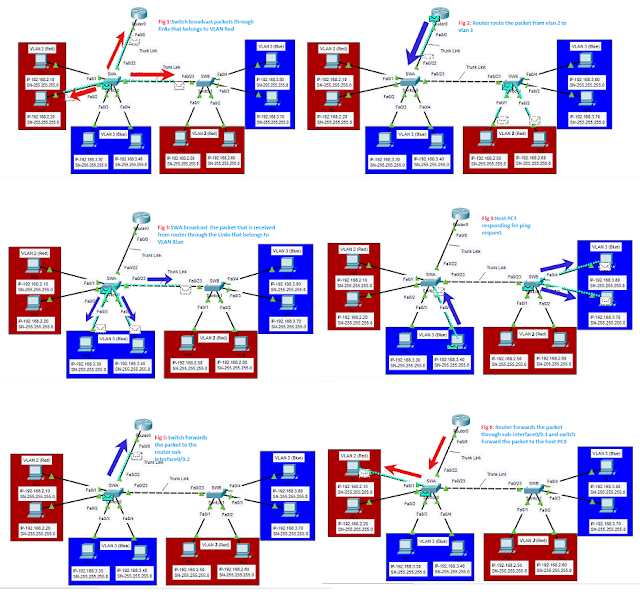 
This image shows ICMP packet activity in this network, after pinging from one host to another host in different VLAN with Inter VLAN Routing configuration. 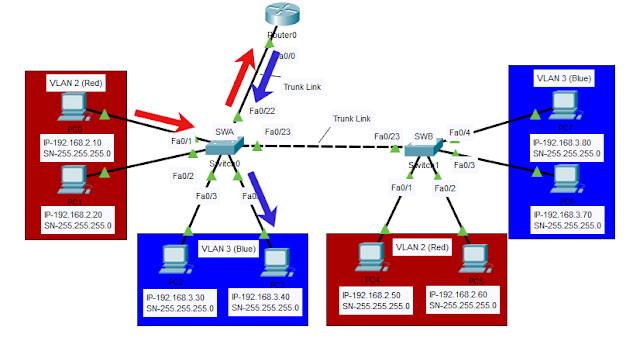